Fewer than 10 people have performed a triple axel in competition, but here’s how two skaters and two effects crews got Margot Robbie to do it on-screen
By Tasha Robinson Jan 29, 2018, 4:05pm EST

Film audiences are used to seeing impossible things on-screen. Computer-generated creatures and digital alterations of images are so commonplace that watching a dragon fly through an arctic wasteland to incinerate a zombie army in Game of Thrones is more notable for its narrative importance than for the sheer thrilling impossibility of the image.

But even in the current digital wonderland of Hollywood, one shot in I, Tonya stands out. Craig Gillespie’s surprisingly funny, sympathetic, Oscar-nominated biopic about disgraced Olympic skater Tonya Harding spends some time building up the impressive athleticism of Harding’s competitive skating routines — particularly her execution of the triple axel, a notoriously difficult jump.

Harding was the first American to perform the move in a skating competition, and fewer than 10 women have ever pulled it off in competitive skating. And yet in I, Tonya, actor Margot Robbie appears to perform a triple axel — in extreme slow motion, with the camera clearly focusing on her face. It would have been easy for Gillespie to cheat around the move, as directors have so often done with stunt doubles and body doubles. Instead, he directs the scene in a way that challenges viewers to catch the digital cheat, giving them plenty of time to study the jump, and see why it’s so impressive and challenging for any athlete.

So how did he get the shot? 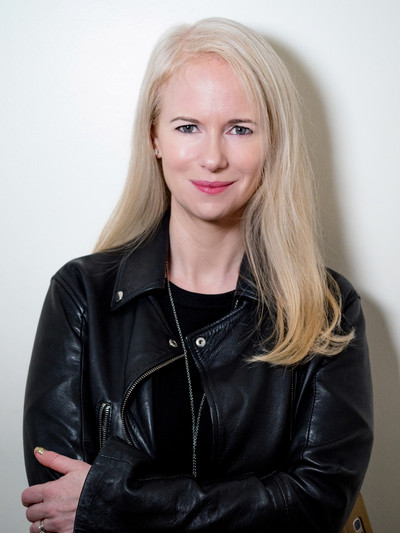 “It wasn’t easy,” says Juliet Tierney, a visual effects producer for Eight VFX, which handled the sequence. To get the more advanced skating moves seen in the movie, the production hired skaters Anna Malkova and Heidi Munger as skating doubles. “Margot trained extensively, and was able to do a huge part of the skating,” Tierney says. “But the routines had to match what Tonya Harding did, and she was one of the only people who’ve ever done a triple axel. That was never going to be something an amateur was going to achieve in a few months’ process.”

In addition, Gillespie wanted to keep his cameras tight on Robbie’s face for the skating shots, to capture her determined expression. That made seamless digital integration harder for the effects crew. “We ended up blending three or four takes to get the best version. It’s possible [to do a triple axel], but even somebody who can do it may need a few takes to get it right,” says Tierney. “And everyone’s watching, so there’s a lot of pressure! It’s bad enough doing it in competition, but doing it on a film set, where you’ve been brought in just to do that one thing, that’s a lot of pressure.”

“We were aware it was going to be close to the camera,” Tierney says. “Anything where we saw difficult, complex jumps or moves, we got Margot to replicate those moves just on bluescreen, so we had her face at the right angle.” Where possible, the effects crew used their scans of Robbie in action, digitally cutting her face out of their bluescreen shots, and mapping it over Malkova’s or Munger’s. For other shots, they needed to create a completely digital face from scratch to properly match the skaters’ movements and angles, so they brought in a French production company called EISKO.

“We felt they had the best rig and the best technology,” says Tierney. “We brought them over from Paris, and they set up and captured all the data for us, and processed it, and sent it back to us. There are three or four places in Hollywood that have this technology, but everybody’s trying to outcompete each other, and they keep improving what can be done.”

Tierney says this specific kind of digital facial generation to cover body doubles “has been done a few times now,” with Arnold Schwarzenegger’s body double in 2015’s Terminator Genisys, and Hugh Jackman in Logan. The rig involved looks a little like a Christmas ornament, with an actor seated inside a ball of lights and cameras geared to capture them from every angle.

According to Tierney, the facial-scan rigs are improving rapidly, thanks to more demand for the process. “Now you can get textures as well,” she says. “It used to be like X-ray technology. You would get the shape of someone’s face, but not the texture of the skin, the details of the color. You’d basically have to guess at that when you made the CG model.”

She says Gillespie came to Eight VFX with a specific visual aesthetic in mind. “Craig loves shooting things anamorphic, and having lots of lens flares, and having a realistic, beautiful cinematic feel. He wanted very much to have a moving camera, which makes things challenging for VFX. He wanted to have seamless shots. As you can see in the movie, you’re very tight with Margot in a lot of places, and the camera’s moving with her. So those things have quite specific requirements for tracking, and getting all the data to be able to add things into a shot.”
I, Tonya was made on a relatively low $11 million budget, and the film only uses special effects in a few key places.

In addition to the facial replacements, Eight VFX created crowds for the skating competitions.
“Where the skating is taking place, they obviously couldn’t fill those stadiums with enough people. Budget and time-wise, that’s not realistic,” Tierney says. “We had six witness cameras in the stadiums. We shot in two different stadiums in Atlanta, and we scanned the whole stadium in both cases to capture all that geometry. Then we took those feeds and re-created the stadiums in CG. And then we’ve got all the right tracking points for the skating scenes as well, from the cameras moving.”

Part of the effects crew’s work involved matching the distinct lighting scheme for each skating sequence and adding it to both the facial work and the digital crowds. “Each of the skating sequences has its own look, its own personality,” Tierney says. “Obviously [Gillespie] was able to use different lighting techniques on his shoot, but then he wanted to re-create those for our effects overlays. First, we’d do the stadium. Then we’d add the people in. Then we’d work with Craig on different looks and lighting. We’ve added digital lens flares, which hopefully look like it was captured at the time, realistically.”

Tierney says the actual shooting of the skating sequences was “very fast and furious. It was a very tight shoot, and a low-budget production, so everything was very carefully scheduled, and had to be covered quickly. It was run-and-gun, moment-to-moment, ‘Right! Let’s grab this, let’s put that over here, let’s do this.’” Everything was done very fast and reactively. There was just a lot of movement on set, a lot of running around, a lot of late nights.”

But she says the biggest difficulty on the film wasn’t creating a shot of a newbie skater doing an ultra-advanced move, or operating on a minimal budget. It was keeping the images from being obvious or noticeable. “When you watch the film, you don’t know what we did,” she says. “And that’s obviously the task of the effects — being invisible and integrated, so people are saying ‘What did you do?’ Obviously if you’re watching a creature movie, or a Star Wars movie, it’s very clear where the effects are. But something like this, trying to make those invisible transitions, and make things look seamless, is the challenge.”